You are here: Home / Archives for News, Events, Competitions, Prize Draws, and Launches

Keep up to date with the latest maker news, whether it is new Raspberry Pi and Arduino releases, 3D printer announcements, Robot kits, or the latest gadgets and gear to check out.

Well I took some time off this week for my birthday and one of the things I have planned is to add some lessons.

I already got some suggestions on Twitter and Facebook for what to create, but I want to hear from you too.

END_OF_DOCUMENT_TOKEN_TO_BE_REPLACED 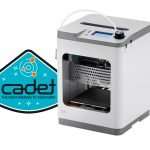 Monoprice has been in the 3D printing game for some time. They have had a variety of 3D printers available that cater to a wide variety of users. Monoprice recently released the MP Cadet 3D printer which is geared towards beginners. The description on the Monoprice website starts off with “The perfect printer for beginners just starting their journey …”. Monoprice sent me their MP Cadet 3D Printer to review and as you read on, you’ll see how it manages for beginners as my 5 year old daughter was the primary tester for this printer.

The MP Cadet arrived nearly fully assembled. The only piece that needs to be truly installed is the PTFE tubing for the Bowden extruder. The remaining work involves removing the packaging and foam protection from shipping.

With the power brick plugged in you can begin by loading your filament. It is unfortunate that this is where I hit an issue. The extruder was pushing the filament through until it reached the hot end then the extruder motor started skipping steps indicating a clog.

I had to do a full disassembly of the hot end components to clear the clog from the factory. Monoprice was able to show me very clearly how to remove the hot end for the tear down however for a beginner printer this would have been a very discouraging start.

With the clog cleared, I loaded filament again and we had extrusion! Time to play!

This thing is one cute printer! It’s barely bigger than a 1 Kg spool of filament but it is loaded with features. It has WiFi connectivity, auto bed levelling, and a removable magnetic bed! The fact that one single fan is used as the heatsink cooling fan and a part cooling fan leaves something to be desired, however we’ll see if it becomes an issue. I like that it has a protective cage in front of the hot end to keep curious hands from wandering into fans or touching hot nozzles.

I printed the dragon and lucky cat available on the micro SD card and they both turned out fantastic! This was a great start of printing with the Monoprice MP Cadet.

Since this seems to be geared more towards beginners, or even kids for that matter, I wanted my 5 year old daughter to give it a go. I connected the printer to my WiFi network using the Monoprice instructions and downloaded the app from the Google Play store. Once the app was ready, I could load the MP Cadet and then print files from the cloud!

My daughter scrolled on my phone until she found the model she wanted and clicked it to print! The GCode was downloaded and then uploaded to the MP Cadet over WiFi and began printing. This was an amazingly simple process for her to start a print. A few minutes later, we had a cat ring ready to wear on the magnetic print bed. She removed the bed, removed the print and purge strip and off she went. She was hooked!

She kept printing more and more models via the app until she exhausted the options that were available to her that she like. Print after print, she uploaded the files, removed the print herself and the purge strip. I taught her to put the bed back properly and she would start another print. It truly was a fantastic experience to share with her and she fell in love with this magical printer that she was controlling.

I was skeptical that the birdcage was going to print but she was optimistic as a 5 year old should be and she proved me wrong. It came out better than I could have hoped for this printer. That combination heatsink and part cooling fan appears to be working as needed.

After using the app to the extent she wanted to she decided to pick a new model. She picked a Bulbasaur planter and we used the Wiibuilder2 slicer provided on the SD card. Slicing was simple and quick with no fuss.

This was yet another good quality print that came off the MP Cadet 3D printer. She was happy, and that means I was happy.

This printer absolutely served it’s designed purpose as an entry level kid friendly 3D printer. While we did have the hot end jam, I don’t believe this should be a common occurrence and most folks should be able to unpack and print.

My daughter absolutely loves “her” 3D printer. She likes to pick the filament and the model and print herself these little trinkets and toys. I’m hopeful her interest grows and she’ll begin to want to model some things as she gets older.

The MP Cadet is a very capable printer. At $250, it’s not the cheapest 3D printer out there however it has some nice features and definitely pulls it’s weight. It doesn’t print fast, but it prints well which is what matters.

The limited build size will probably put some folks off, however the little guy certainly plays its role well. I’m happy that it is providing an experience for my daughter that she wouldn’t have normally got with my other printers. The cute size attracts her to it and the small build volume limits the model size which means the prints that are coming off aren’t going to take too long. We’ll be keeping this around for a while 🙂 . 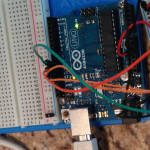 30 Days to Arduino is back!

Join us as we build up Arduino projects as a community, from zero to motors, LEDs and internet of things.

All completely free, and self paced if you want to, or join the community as we progress together.

If you have already signed up, there is nothing you need to do, you will be included automagically! 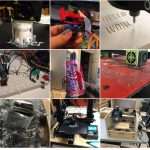 What were the best tools you bought or used in 2018?

I review a lot of stuff (to the point where I stopped listing everything), but a few things stood out above the rest. Let’s see how many match what you are thinking of …

END_OF_DOCUMENT_TOKEN_TO_BE_REPLACED 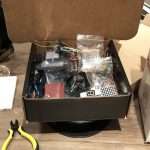 I try not to publicly criticize. Plus, I don’t think it is a good idea to publicize things that are bad.

Praise in public, criticize in private.

When I get sent things that don’t work in some way I will let the manufacturer or retailer know. They don’t always appreciate that even.

So why kits? Why now?

END_OF_DOCUMENT_TOKEN_TO_BE_REPLACED 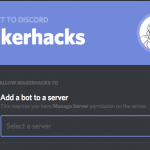 A Discord bot that only SENDS messages is all well and good, but really we want our bots to interact. We need to make them listen and respond. Let’s do that now. END_OF_DOCUMENT_TOKEN_TO_BE_REPLACED 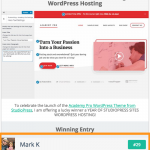 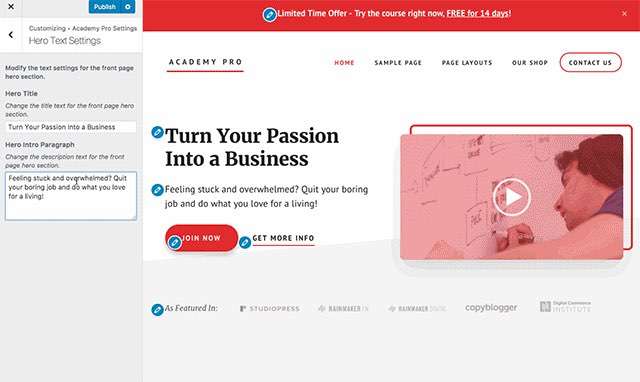 Making includes making websites! Many people do not know this, but my day job is working for the company behind StudioPress and Genesis for WordPress. To celebrate our latest theme release, Academy Pro, I thought I would give one lucky winner a coupon for a year of our premium WordPress hosting. END_OF_DOCUMENT_TOKEN_TO_BE_REPLACED 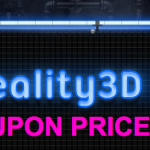 It’s discount season! We all know about Black Friday and Cyber Monday, but did you know about the equivelant with Chinese companies? It’s 11/11 – a fantastic time for deals on 3D printers and drones. Check out the deals I was sent by Gearbest below END_OF_DOCUMENT_TOKEN_TO_BE_REPLACED 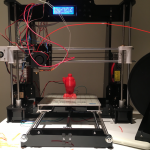 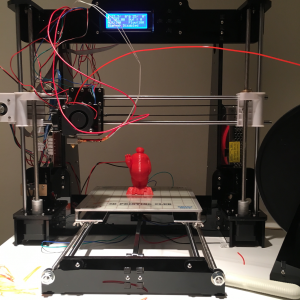 Act fast – There are just 10 printers of each plug available (if one runs out just get the other and use any spare plug you have around). END_OF_DOCUMENT_TOKEN_TO_BE_REPLACED 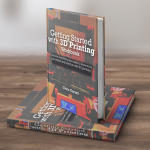 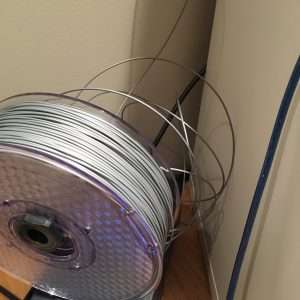 Beginners to 3D printing often find their enthusiasm flames out when they realize that the rainbows and unicorns they have been sold are imaginary, so I wanted to put some of those mythical creatures to rest, and offer some hope for the fresh-newbies who want to avoid all the unicorn poop, and 3d print with fewer stresses and hassles.