You are here: Home / Archives for Reviews and Buying Guides

3D Printer Reviews, Arduino Reviews, Raspberry Pi Reviews, and product information. What should you buy? How do you decide? Where should you look? All this and more in this section ... 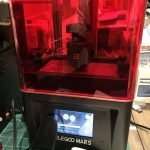 Elegoo Mars is a $250 resin 3D printer – check out this review to see how well it works in practice.

END_OF_DOCUMENT_TOKEN_TO_BE_REPLACED 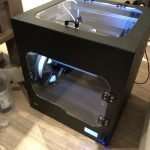 Monoprice Ultimate 2 is a fully-enclosed 3D printer, with auto-level compensation, and filament runout sensor. It has a removable, glass, heated bed, and easily switchable nozzles.

Let’s see how it fares in practice …

END_OF_DOCUMENT_TOKEN_TO_BE_REPLACED 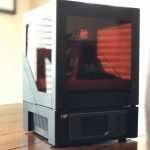 I don’t usually post negative reviews. My approach is to first let the company know of any issues I find, and if they can not be resolved, I move on, unless something is particularly dangerous or misleading, or there is a real risk of people being out of pocket.

This is the latter.

There has been a flood of cheap resin 3d printers hitting the market recently, so I thought I would take the plunge and buy one. Seeing as the Monoprice Mini was available for $200, and at Amazon, I thought it would be a low-risk purchase.

END_OF_DOCUMENT_TOKEN_TO_BE_REPLACED

I say that as an owner of several CNC, laser, and 3D printing machines!

Personal Update – we got so much value out of the first Glowforge Basic after this review, we bought another one which arrived early May 2019!

END_OF_DOCUMENT_TOKEN_TO_BE_REPLACED 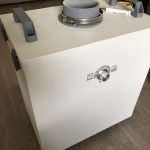 Do you want to laser engrave or cut, but don’t like the idea of pumping the smoke out of a window? Or perhaps, like us, you live in a climate not conducive to that?

The Glowforge Compact Filter has come in handy during our freezing cold winter days, but it is not entirely good news, so I thought I would put my thoughts into this post to serve as a review of the compact filter and feedback for how things could be improved.

END_OF_DOCUMENT_TOKEN_TO_BE_REPLACED 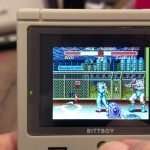 Bittboy or PocketSprite? Which is best? Which should you buy?

END_OF_DOCUMENT_TOKEN_TO_BE_REPLACED 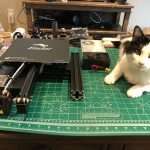 The Ender 3, as the name suggests, is the improved successor of the Creality Ender 2 3D printer kit, with a larger build area (~220mm+ x 220mm+ x 250), but still with the aluminium extrusion based semi-built-kit construction of the rest of their 3D printer kit line.

Back in June I gave my first impressions and since then it has become one of my favourite printers. While it is smaller than my other Creality printers, the CR-10 and CR-10 S5 (that I love), being smaller actually helps.

END_OF_DOCUMENT_TOKEN_TO_BE_REPLACED 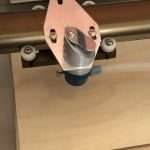 I am on a mission to make my Chinese K40 Laser Engraver work like a much more expensive USA name-brand machine.

Previously, I bought and installed a new mainboard of electronics, and a filter for the pungent smoke.

I am happy to say, while the filter still feels a let-down, the Smoothie board has been a fantastic success when combined with the LightBurn software. Read about the purchase in the previous article.

While the laser was meant to have been unused, I did notice some wear, either from actual use, or just as likely, testing. Also, from what I could tell, the optics were not the best.

I bought a lot of moist cleaning wipes, but really I needed new mirrors and lens.

I went ahead and bought some not-top-of-the-line-but-good ones.

Right away I seemed to get more power and cleaner lines out of the machine.

The K40 comes with a metal bed that seems like a good idea, but in fact it makes focusing the laser more difficult, because your z height is not adjustable, and obviously focus is vital if you are going to get clean, strong cuts.

Once I had removed the bed, I could cut a focus-tool and stack material under the to allow me to position the piece 50.8mm from the base of the lens. This is the sweet-spot for “top focus” (ie. engraves), then you compensate appropriately for deeper cuts.

To mitigate the charring and smoke, which is not just an issue on the workpiece, but also damages the lens, I bought an air-assist nozzle. Now, some experts say you don’t want to do it this way – the air should blow horizontally – but for now it will be an improvement on no﻿ air.

Another speed bump here. My airbrush compressor would not switch on, regardless of how I set the pressure dial, plus the connections were of the wrong type.

Fortunately, I have an air pump that runs off D batteries for inflating, well, inflatables. Things like camp beds and floaties.

As mentioned, the air filter didn’t really filter anything. For now I am using an inline pump (12v) and piping the smoke out of the garage using an extension tube. It’s better, but I am hoping new pumps/fans I have ordered to test will do a better job.

I was getting some strange chatter in comms between the Dell laptop and the laser. The USB cable I bought along with the Smoothie board was supposedly good quality, so assuming it was power fluctuations, I bought a new UPS for the office and placed my old one out in the garage.

Seemed to help a lot – especially when I blew power using the shop vac AND 3d printing AND running the CNC AND the laser.

Right now, in total, I have probably spent around $1,300 CAD, including the laser itself. That’s still giving me a lot of room to upgrade, considering even the most basic Glowforge is, what, $2,500 USD before shipping? And a Full Spectrum or Trotech would be much more than that.

The smoke extraction and ventilation still not great. I need to add those new and seal up the laser case. It’s bad enough breathing the glue from plywood, without adding acrylic fumes and such.

Next, cooling. These laser tubes operate best below 18c and even before firing the laser the ambient temperature out in the garage has been hitting 35c.

The bucket of distilled water approach to cooling was not going to work for me.

Yeah, lots of people swear by it, and it is the cheap solution, but I could already tell for my situation it wasn’t ideal.

I ordered a CW-5200 industrial chiller. It’s an actual chiller, as it refrigerates rather than just circulates water. So far after the laser, it is my biggest purchase for this setup. The more reasonably priced 3000 is just a commercial version of the bucket approach.

It’s sat in the house waiting for me to feel fit and strong right now, I will report back with another update. 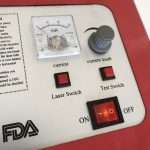 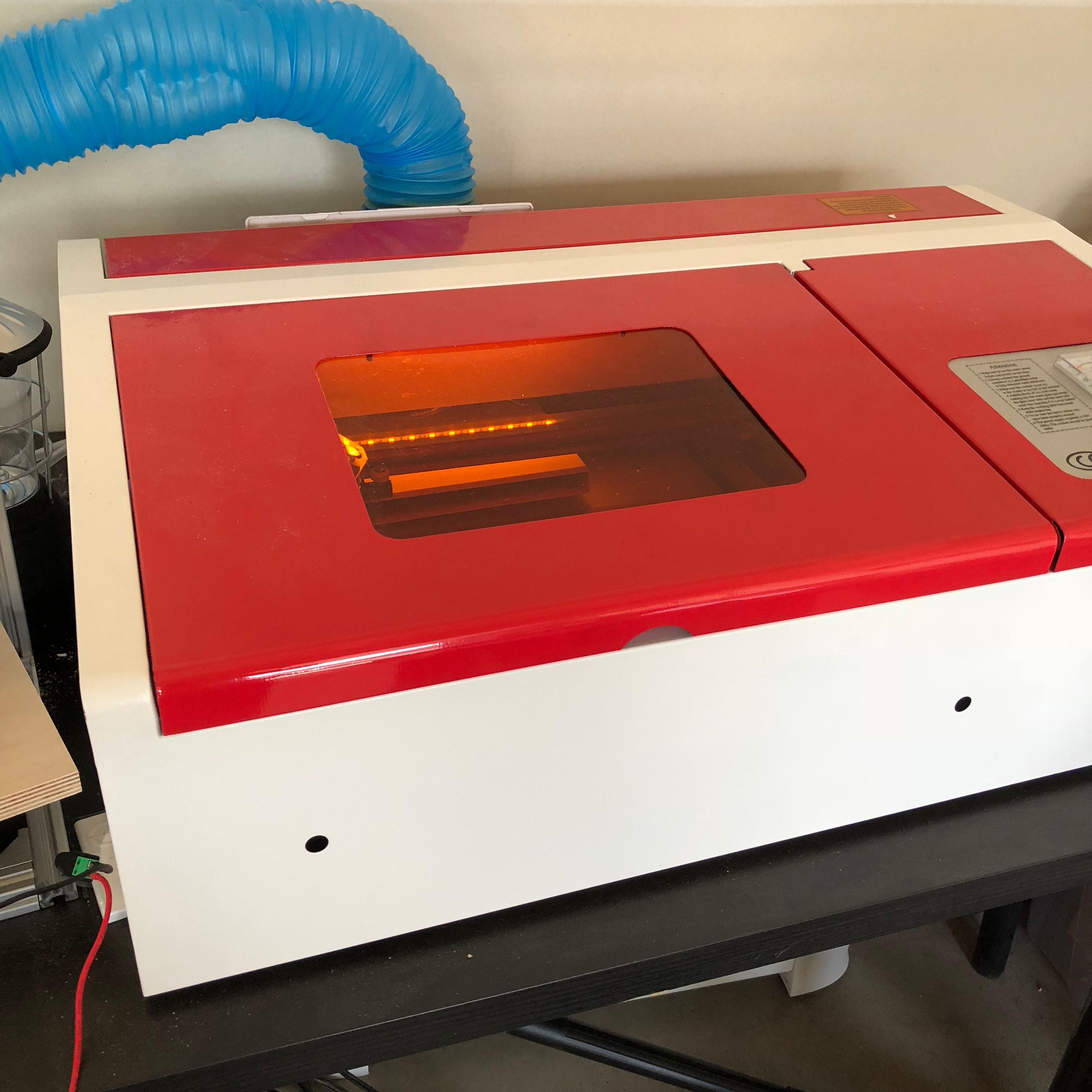 My K40 laser is the most humble of its kind, having analog dial and controls, and basic optics. Even so, the results are fine.

Now my mission is to take this little Chinese laser and bring it up to the 21st Century. 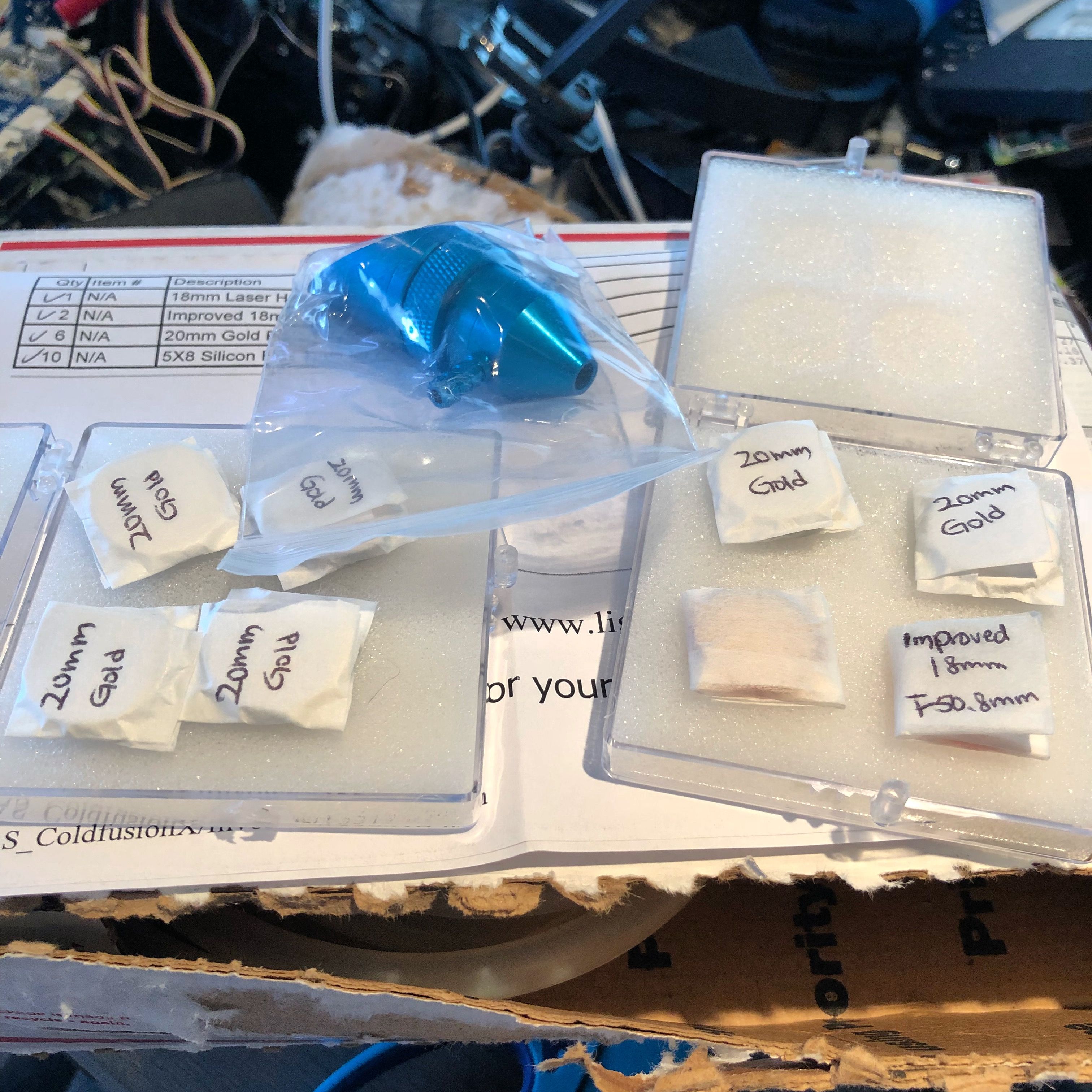 The default mirrors and lenses are built to a price point, not for quality. As is the rest of the machine, really.

My laser was a private sale, and supposedly had never been used. Unfortunately there was signs of dirt or wear on my mirrors, and cleaning only helped so much.

I was blaming my own lack of ability in calibrating until my friend Ben discovered the truth.

To prevent that happening again, I also ordered an Air Assist nozzle. This will allow me to use my airbrush compressor to gently blow sticky and smoky substances that offgas during the lasering, away from the lens and the cutting focus.

Taking of focus, I am removing the stock bed to allow me to adjust z-height.

As I mentioned above, my machine uses an analog dial and has an analog readout. This is fine, but it also does not allow fine control or per-layer control in software. It’s a dumb controller essentially.

To upgrade my electronics and allow the use of more sophisticated software, I ordered a Smoothie-based board.

Smoothie has many advantages over 8-bit controller computation abilities, allowing for smoother and more controlled geometry in cuts and engraves – at least that is the theory!

Not really an upgrade to quality, but there will be a benefit to abilities. 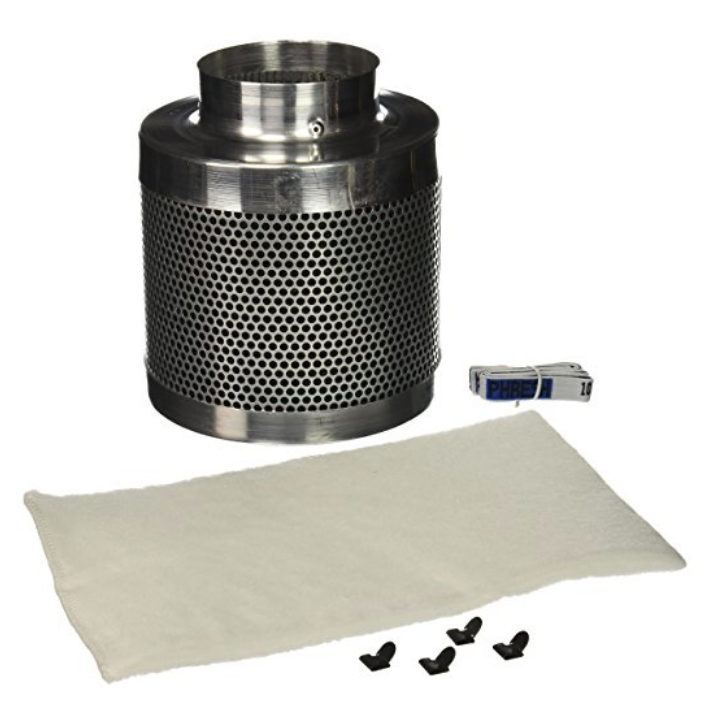 It’s an activated carbon filter, which will allow me to cut and engrave more stinky materials with less worry about the stench getting into the house, lungs, or neighbors.

I will let you know when it is all fitted, but even with all this expense, the final thing will still only be a small percentage of buying a name brand laser! 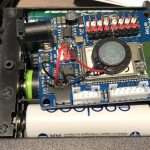 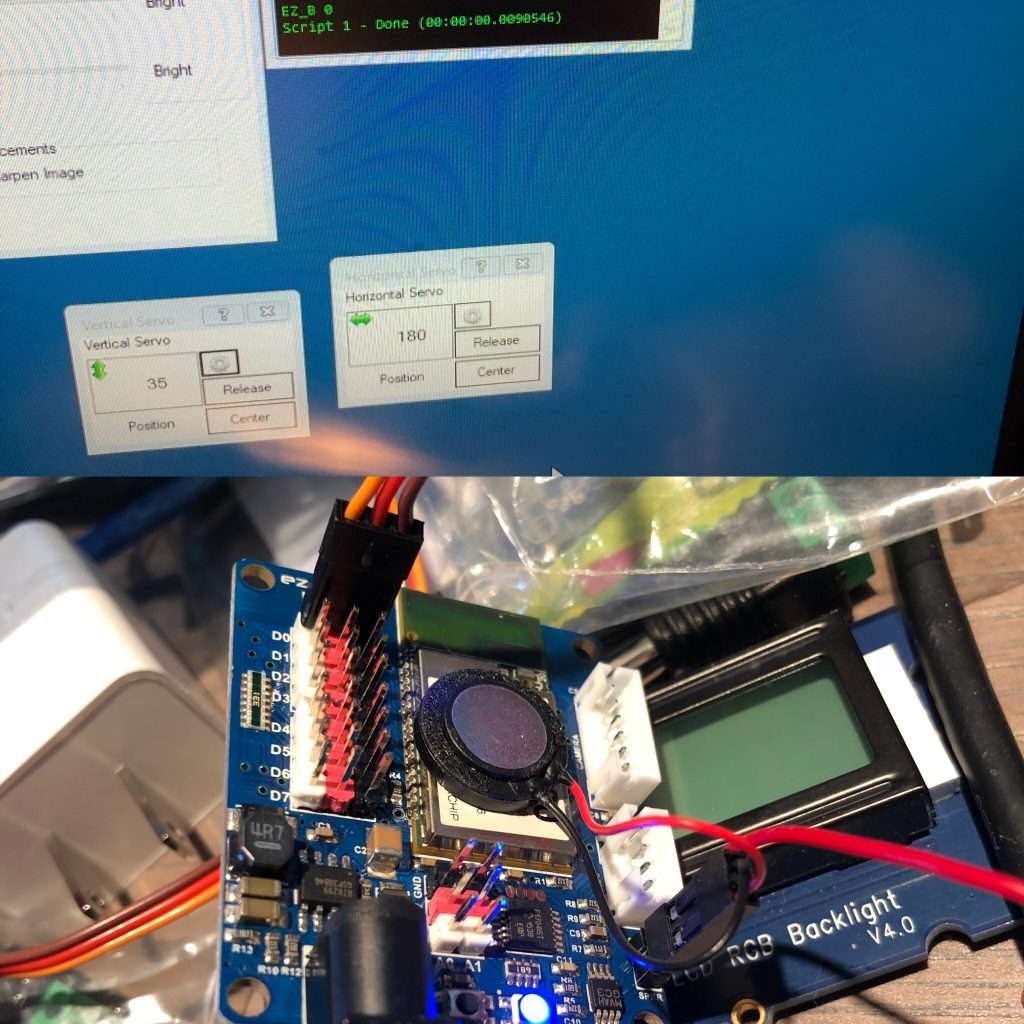 While Arduino and Raspberry Pi dominate, there are other boards out there for robot builders.

One of the best for rapid robot development is IoTiny from EZ-Robot. END_OF_DOCUMENT_TOKEN_TO_BE_REPLACED